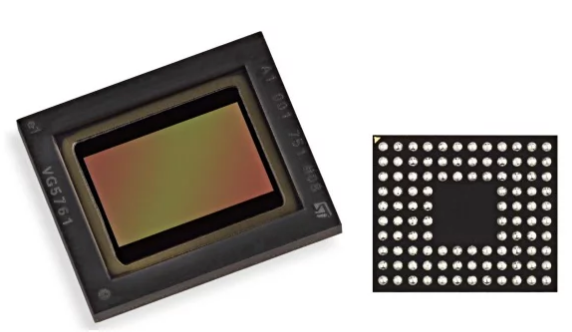 Someday soon, your car may watch you drive. This week, STMicro announced two new image sensors that are designed for computer vision in automotive environments, including driver monitoring.

Engineers are cramming more and more sensors into automotive applications, which require high levels of reliability, precision, and robustness.

While many of these applications are being developed for outward-facing monitoring—that is, for environment sensing for assisted and autonomous driving systems—some of these image sensors are being employed looking inward, as well.

This is one of the featured applications put forth by STMicroelectronics as they launch their Vx5y61 series of image sensors for automotive.

The VG5661 and VG5761, announced this week, can operate in the near-infrared (NIR) range in the area of 940nm, beyond the human visible spectrum. This makes it possible to access not only the driver’s level of fatigue and attention but also conditions relating to passenger comfort and child behavior.

Such an application requires exceptional acuity to allow an autonomous-driving AI system to better make that most critical decision of whether or not the human driver is, in the moment, able to take over the vehicle’s operation from the autonomous controller.

In their press release, STMicro cites that driver fatigue is a factor in up to 25% of all traffic accidents. In light of this and other factors, Europe’s New Car Assessment Program, Euro NCAP’s 2025 Roadmap, has recognized monitoring a driver’s instantaneous fitness as a vital safety feature. Most importantly, it is an absolute prerequisite for automated driving.

The VG5661 and VG5761 sensors are designed to capture images illuminated by the camera, which is intended to eliminate errors caused by the unpredictable effects of sunlight and street lighting. The devices utilize global shuttering technology, which, among other benefits, minimize the need for power-intensive illumination even when the units operate in their high dynamic range mode.

Global shuttering, a key factor in the architectures of the VG5661 and the VG5761, is a technique whereby all the pixels of a sensing device are sampled at the same instant.

This is contrasted with rolling shuttering, which involves sampling one row of pixels and then, in sequence, the next row. The finite time delay can cause blurred, distorted images, from which AI controllers, such as driver monitoring systems, can make erroneous conclusions about the situation being observed.