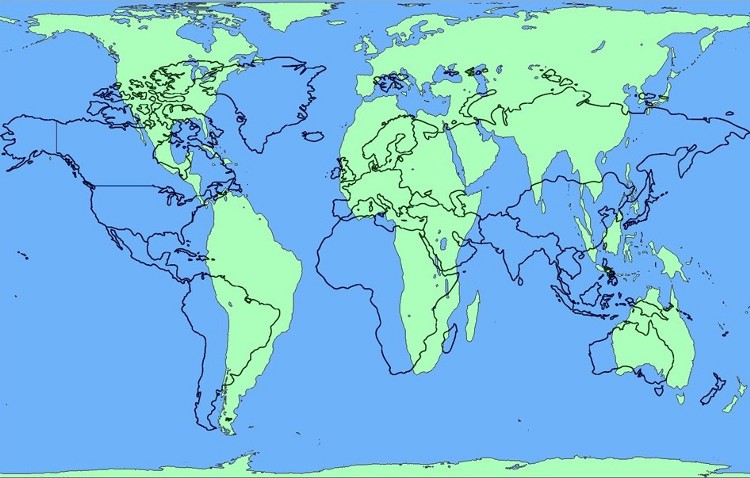 Men dominate the design industry. I took a look at 27 design and engineering consulting firms with public information about their teams. Here’s what I found:

Taking a closer look at those numbers shows how rare it is to be a woman in a design or engineering role at a consultancy:

110 Women in Design or Engineering (including UX/UI)

That’s just 34 women across 27 companies in roles that are focused on physical product design. Several smaller consultancies didn’t have a single woman in a design or engineering role.

Design and engineering consultancies create products for a global market, but the teams themselves rarely have diversity that reflects global perspectives.

The impact of having such a limited set of voices in the rooms where design decisions are made has far reaching implications. We’ll look at a few examples of how these missing perspectives lead to design “solutions” that create unexpected negative consequences for many, and shortchange us all.

Female drivers are 47% more likely to be seriously injured in a car crash.

This is starting to shift — in 2011, the first female crash test dummies were required in safety testing — but we are still building on 50 years of dangerous design practices for automobiles.

“Most biomedical and clinical research has been based on the assumption that the male can serve as representative of the species. This has been in spite of increasing awareness … [that] women and men differ in their susceptibility to and risk for many medical conditions, and they respond differently to drugs and other interventions. The close of the previous decade saw 8 out of 10 prescription drugs withdrawn from the U.S. market because they cause statistically greater health risks for women .”
— Viviana Simone, Science (June 2005)

Clearly, the lack of women as test subjects and target demographics have dangerous consequences. I began to wonder about repercussions that were less dangerous but nonetheless have a ripple effect on culture and careers.

Is your office too cold?

If you work an office in the U.S., you’ve probably noticed that women often find that they’re too cold, while men report being perfectly comfortable.

This is because the algorithms that dictate temperature regulation in many office buildings were designed in the 1960s for a 154 pound male. Women, who typically have smaller frames and less muscle mass, naturally feel a bit colder than men do. This, along with faulty climate control systems, leads to many women feeling uncomfortably cold at the office.

The effects of temperature go beyond comfort and have a measurable impact on performance. A 2004 Cornell Study found “that when ambient office temperature [was] increased from 68 degrees to 77 degrees Fahrenheit, typing errors fell by 44 percent and typing productivity increased by 150%”.

Women in the U.S. on average make 78 cents to every dollar their male counterparts make. There are many factors that contribute to the pay gap but it seems the unintended effect of workplace climates designed for men’s comfort could be a piece of the puzzle.

The Design of Tools

Women are stereotypically considered less “handy” than men. You’ll see fewer women than men in a shop or on a job site, and fewer women own power tools themselves. Building/fixing things in general has culturally and historically been considered “men’s work”. So when a designer approaches creating a new power tool it’s likely that the target demographic is men, rather than a more inclusive concept like “everyone who wants or needs to build something”.

So it’s no surprise that tools are often designed in a way that’s more difficult for women to use.

The sawzall pictured above left looks comfortable for the man to use but when I hold the same tool it’s far less ergonomic.

Could the stereotype that women are less “handy” be accidentally designed into the very tools of the trade, extending bias to a functional level and creating a damaging feedback loop?

I actually had a lot of trouble finding images of women using power tools. The above picture is of me holding the sawzall because I couldn’t find a picture of a woman holding one. When searching for images of women holding tools this is typically the type of image that popped up:

This isn’t true across all brands however. When I Googled “using makita” (without the prompt of “women using X”) images of women using their tools popped up.

Makita is one of my favorite tool companies. Their drill pictured above is smaller and lighter but still has a ton of power. It’s easier to hold and causes less fatigue, which is a benefit for a woman or a man that makes their living by the tools they use getting lugged around a jobsite all day.

It’s not pink. It’s not branded “for women”. It’s not light duty. It’s a tool that’s designed well for everyone and so meets the needs of a broader audience.

What would the world be like if it were designed by women?

Flip the situation — if cars were designed with only smaller framed women in mind, we’d find ourselves in an equally problematic situation. It seems immediately absurd when the roles are reversed, but we seldom question the disparity in design when it’s the status quo.

The original Pebble watch, which I’ve written about previously, is a design that I’ve never seen a woman wear. Once after presenting a version of this article as a slide talk, a woman from the crowd approached me and said she was a developer who purchased the Pebble when it first came out. She developed three apps to work with Pebble but the watch was huge. It pinched her wrist and was so uncomfortable to wear that she couldn’t stand wearing it all day to fully test the apps she was working on. She eventually stopped developing for the platform.

On the other hand, I see plenty of women wearing the Apple watch as well as the 2nd generation Pebble watch — both of which have a much smaller form factor. If a smartwatch is designed to be comfortable on both small and large wrists, it will serve more users across the board — and in turn have a richer ecosystem of apps developed by and for a more diverse set of users.

Designing objects that fit a wide range of people, and “extreme” cases is more difficult and time consuming.

But designing for the extremes often yields disproportionate rewards which benefit the general use case as well:

OXO products (pictured above), for example, are kitchen gadgets designed specifically to be comfortable for people with arthritis who have difficulty gripping traditional kitchen tools.

In this example, the person with arthritis is an “extreme” case to design for. When OXO cared about meeting the needs of that user profile, the outcome was a product that was more comfortable for users across the board, and a series of highly successful products.

In fact, many signature inventions have resulted from inventors designing for “extreme” cases:

We live in an time when more and more of the objects we interact with are connected. We carry around tiny computers in our pockets, document our daily lives on social media, track our exercise on devices strapped to our wrists, and have thermostats that learn our patterns.

The data from all of these devices is getting collected, stored and used to make future decisions. No one knows exactly how much data is out there currently, but we do know that it’s getting produced at a fantastic rate — the amount of data in the world is expected to increase 2000% by 2020.

We tend to think of data as cold, unbiased facts — but this ignores the fact that the tools we have developed to collect and analyze this data are designed by (fallible) humans. We should be concerned about how prejudices and assumptions can creep into the sphere of data science and exacerbate social inequalities or create higher risks for certain populations.

As an example, a recent Carnegie Mellon study demonstrated that men are much more likely than women to be shown Google ads for high paying jobs. The researchers didn’t know for certain if that was due to bias in Google’s algorithms or that the companies posting these ads chose to target men. The resulting ripple effect may be that there are fewer women applying for these higher paid positions — perpetuating the gender pay gap.

To take a globe and create a two dimensional depiction of it — a map — requires that the image be distorted.

The Mercator Projection (depicted here in black lines) was created in 1569 to aid in navigation, by depicting courses of constant bearing as linear.

As a side effect of this, the map distorts the world in a way that shows North America and Europe as disproportionately large.

The Gall-Peters Projection (in blue and green), which gained popularity in the 1970s, better represents the relative sizes of landmasses, depicting a world that is less Euro-centric, and arguably more accurate.

Depending on which world map one internalizes, one might develop a mental model of the world which disproportionately values North America and Europe (bigger place = more users, right?). If we’re making design decisions based on biased data, we’ll thoughtlessly continue those biases to our collective detriment.

The first step is more diversity in the conference rooms, workshops, and research labs where decisions get made about how the world is going to be designed, engineered, and ultimately constructed.