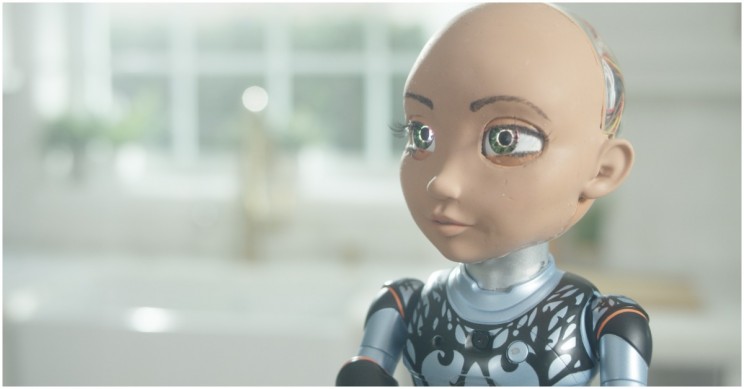 Hanson Robotics‘ Little Sophia is Sophia the Robot‘s little sister. Little Sophia, a human-like miniature version of Sophia is a new kind of STEM, AI, and coding learning companion for ages 7+ individuals and a great tool for teachers and schools.

Hanson Robotics is a multiple award-winning AIand robotics company based in Hong Kong that creates empathetic, living, intelligent humanoid robots with embedded state-of-the-art Artificial Intelligence that are designed to colive, cowork, educate, and collaborate with humans.

With 14-inches tall Little Sophia, Hanson Robotics aims to encourage early introduction of STEM, AI, coding, and robotics to children in a fun and creative way picking on the natural curiosity of the little humans. Little Sophia can do all what big Sophia can, just in a package according to her size.

AI future developments as well as how well humans adapt, colive, and cowork with AIs and robots in the next decades depend on the younger generations’ capacity to learn quickly and innovate.

This Generation Alpha will be part of a new workforce that strongly will depend on a strong foundation of science, technology, engineering, mathematics, and arts.

Little Sophia is an educational consumer robot with a wide range of dozens of facial expressions as well as facial tracking and facial recognition technology. She tells stories, jokes, plays games and sings and can have educational interactive chats with the user. These characteristics make Little Sophia a perfect teaching companion for children. She converses with children naturally while teaching STEM, coding, and AI.

Using her Augmented Reality (AR) function, Little Sophia allows users to take a perfect selfie. She is programmable with Blockly and Python on an open source platform. Compatible devices include iPhone, iPad, and Android.

You need the Sophiabot companion application to operate Little Sophia, which is available from the Apple and Google Play Stores. Children can have their own account, with parental consent required for children under the age of 13.

According to Hanson Robotics, Little Sophia interfaces with Raspberry Pi, allowing children to learn electronics and robotics as well, letting them help Little Sophia become as smart and capable with the power of their own imagination.

Little Sophia responds to commands and also actively engages in conversations with her users. This unparalleled responsiveness paired with her humanoid design makes Little Sophia a smart, educational companion unlike any other.

With Little Sophia, Hanson Robotics aims at encouraging more girls into choosing careers in STEM. Little Sophia’s software together with a package of included tutorials through Hanson’s AI Academy, Little Sophia becomes an adorable and unique programmable, educational companion for children both boys and girls.

Modeled as a girl, Little Sophia has the potential to inspire and attract girls more than if the educational robot would be modeled as a boy. With Little Sophia, children can learn through a safe, interactive, human-robot experience at the same time that their imagination and curiosity are also quickly developed.

And not only children but also educators and even Sophia the Robot’s fans, regardless of age, are sure to find Little Sophia completely adorable and a great source for helping children and teenagers in their school projects.

In just a few years’ time, the growth of STEM jobs is expected to skyrocket as the Artificial Intelligence and robotics industries expand. Yet, there is a lack of women in these fields. There are not too many female role models when we compare to male role models in the industry.

Quite often, current female STEM employees and girls still forming career choices feel less capable and less supported by society. This is partly due to stereotyping as well as narrowmindedness.

According to Hanson Robotics, statistics vary by country and by discipline. However, generally speaking, women make up only 15 to 25 percent of the current STEM workforce. Research indicates and supports the fact that the gap is broadening.

Hanson Robotics believes that the incorporation of Little Sophia in education can help not only introduce STEM, coding, robotics,  and AI to children but also trigger more the curiosity of girls in these areas in a fun, safe, inspiring, and interactive way that has the potential to make a difference in reversing the current trends.

Because, in case you haven’t noticed, the old days when Barbie was a girl’s role model are well over.

The future of education with AI is here

In February 2019, the iTutorGroup, a global leading company in e-learning education based in Shanghai, announced a strategic partnership with Hanson Robotics Limited. The iTutorGroup has named Sophia the Robot as its official ambassador and future AI tutor.

As online education becomes more and more mainstream, AI is going to play a paramount role in its mass development and adoption. The help of Little Sophia is going to be seen and experienced soon by the end of 2019.

Then is when Hanson Robotics is going to deliver globally the first Little Sophias, manufactured thanks to a very successful Kickstarter campaign which shows global interest and acceptance in AI and robotics technology for education. Here, is where the future of education with AI really begins.