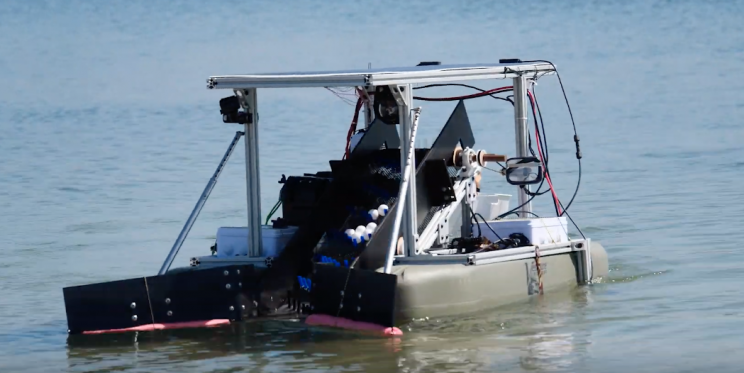 The tests were part of an internship program that allows students to help design the unmanned, semi-autonomous, solar-powered, plastic waste-removing vehicle.

The university released a video of the tests below, in which students can be seen controlling the robot with an Xbox controller:

The students worked on FRED over the summer through an internship program with Clear Blue Sea, a San Diego based non-profit that is one of the many new startups aiming to tackle the worrying amount of plastic pollution in our oceans.

In the San Diego Uni post, Sourwine, a mechanical engineering student, talked about the impact the project has had on him: “I hope to do something with sustainability engineering in the future,” he said. “I think this really sparked a passion for it.”

Now that these students have finished their internships, the project will be passed onto new students, who will continue to build on this group’s work.

As the Ocean Cleanup project’s recent breakdown attests, cleaning our oceans is no easy task. So any new development is a welcome sight. However, campaigners are calling for more of a focus on tackling the problem at its source, rather than dealing with it once it’s already out at sea.

Nevertheless, there is a huge amount of plastic out there that needs to be cleaned up, so much so that one group has created a petition for the Pacific garbage patchto be named a nation-state by the EU – the patch is currently as large as France, and is still growing.