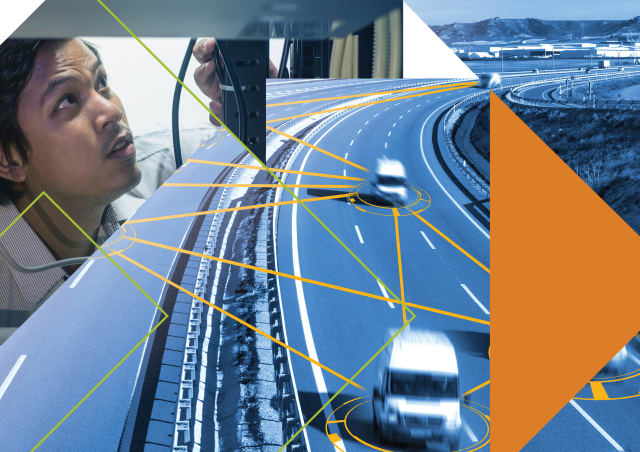 Smart infrastructure company Costain has been awarded a contract to design and install a pilot “smart motorway” in England.

Back in December 2017, Highways England announced a proposal to install high-speed fiber-optic cable across much of the county’s roadways. As part of the proposal, the company announced a pilot project, the £15 million ($19 million) A2M2-connected corridor through Kent County.

Costain is a “smart construction” firm most notable for its role in the building of the undersea “Chunnel” between England and France. On August 21, the firm announced that it had won the contract to help Highways England administer the Kent pilot project. Costain will install roadside “units” with the capability of “speaking” to trial vehicles via onboard technology over 5GHz Wi-Fi. These units will send information about traffic conditions, traffic instructions and road signs directly into the vehicles.

The company will also install sensors onto roads, tunnels and bridges to screen for traffic conditions and repair-worthy damage to the road in what Highways England calls, “a live feed from each site giving dynamic data about each structure.” So far, there has not been any significant public backlash about the further use of sensors on roads, and the potential that such a system could present for privacy loss. This is perhaps unsurprising, as the SRN (England’s motorway system) already has over 70,000 sensors of various types.

“Having the technology in place to allow vehicles to connect to each other and the road around them has the potential to improve journeys, making them safer and more reliable by providing real-time, personalized information directly to the driver,” said Mike Wilson, one of the directors Highways England, in a Costain company statement. “It could also help us manage traffic and respond to incidents.”

Although the pilot might seem like an ambitious project, Highways England’s ultimate goal is more ambitious still. It wants to have self-driving cars on the road by 2021, a feat it believes is possible with roadside Wi-Fi and 5G connectivity. If the pilot project is successful, the agency hopes to try the same system with fully automated cars, with the roadside units communicating information about speed limits, traffic conditions and roadwork directly to the cars.

It’s a novel take on self-driving’s 5G problem: these cars would need high-speed on-the-go Internet to be able to “see” instructions and road conditions ahead of time. However, many rural areas don’t have such capability. “People always ask me, ‘How long until I can buy an autonomous vehicle?’” Ross McKenzie, managing director of the Waterloo Centre for Automotive Research, told Wired. “And my answer is, ‘Well, where do you want to go?’”

Construction on the pilot project is slated to begin later this year. If the pilot is successful, the larger project will start after 2020.