From rapid advances in innovative alternative energy schemes to groundbreaking research in the area of nuclear fusion, in many ways, the 21st century is shaping up to be the century of China’s technological advances.

Amidst this rapid expansion of technology in the country comes recent news of a successful mission to the Moon. The launch is historic, as it serves as the first time that an unmanned craft has reached the far side of the Moon.

The Chang’e-4 was launched yesterday at about 2:23 a.m., local time, from the Xichang Satellite Launch Center in southern China. To commemorate the event, the local authorities shared a live stream of the event which was recorded very close to the launchpad site: 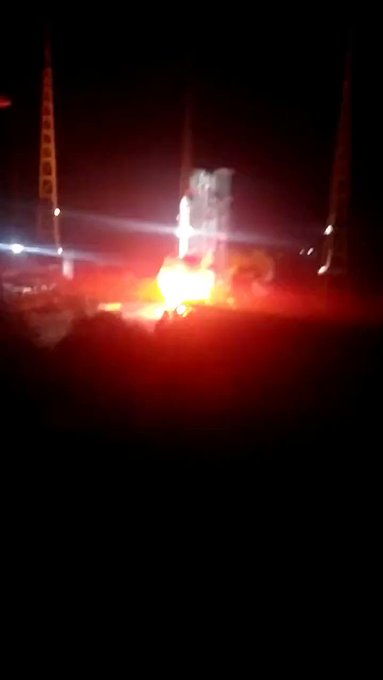 124 people are talking about this

The rover, weighing in at only 136 kg (with main lander coming in at about 1,089 kg), is also one of the lightest of its kind to carry out lunar missions.

The moon is full of many geological surprises which still capture the imagination of scientists, even almost 50 years after the first manned mission to the astronomical body occurred. The far side of the moon was officially observed in 1959 by the Soviet Luna 3 spacecraft.

In terms of the composition, key features that make this region of the moon stand out are :

In order to understand why this reality exists, it’s crucial to collect as many samples as possible.

The specific destination of the unmanned craft was the Von Kármán crater, which stretches 177 kilometers, with details outlined by the core team in a paper.

Data and sample collections will be assisted by spectrometers, cameras, and radar which will go beneath the ground.

Beyond these investigations, the rover will also make radio observations (low frequency) and look for solar wind activity.

Plant Cultivation on the Moon?

Still, the most interesting part of the mission is that the solar-powered craft will also carry out bio-centered objectives.

Named the “lunar mini biosphere”, the experiment, which was conceived and designed by a total of 28 Chinese universities, is a plant cultivation concept involving a 3kg container with arabidopsis and potato plant seeds.

“We want to study the respiration of the seeds and the photosynthesis on the Moon,” explained Liu Hanlong, who is chief director of the experiment and vice president of Chongqing University.

Hanlong co, “[…the] growth period of arabidopsis is short and convenient to observe. And potato could become a major source of food for future space travelers.”

Perhaps due to the high stakes of this project, the scientists involved with Chang’e-4 have devised a kind of all-in-one mission, which serves to achieve clear and measurable objectives, as well as show the potential of China to design, perform and complete successful space missions.

There is not any official statement from the Chinese government or news agency in the country about when the rover will return to Earth with the precious samples.