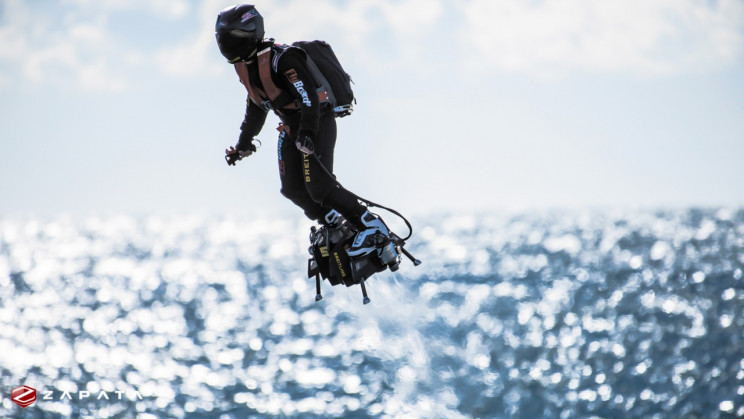 French inventor Franky Zapata has become the first person to cross the English channel on a  “flyboard,” a mission he had failed at last week. Reports indicate he took off from Sangatte, near Calais and landed in St. Margaret’s Bay in Dover on the morning of August 4.

He had successfully flown the 35 km stretch in 20 minutes. It has also been reported that Zapata kept an average speed of 140 km per hour (87 mph) while flying at about 15-20 meters above the sea. Last July 25, Zapata attempted the same route but failed when he fell into the water while trying to refuel his flyboard.

The flyboard is a home-made invention by Zapata, a former jet-ski champion, that looks like a flying skateboard. Zapata has been building his flyboard for years. The invention can reach top speeds of as much as 189 km per hour (118 mph).

“We made a machine three years ago… and now we’ve crossed the Channel, it’s crazy,” CNN reported that the inventor told reporters, before breaking into tears.

“Whether this is a historic event or not, I’m not the one to decide that, time will tell,” he added.

Zapata further shared with crowds that his biggest challenge was to refuel by switching to another backpack during the journey. The flyboard is powered by a kerosene-filled backpack.