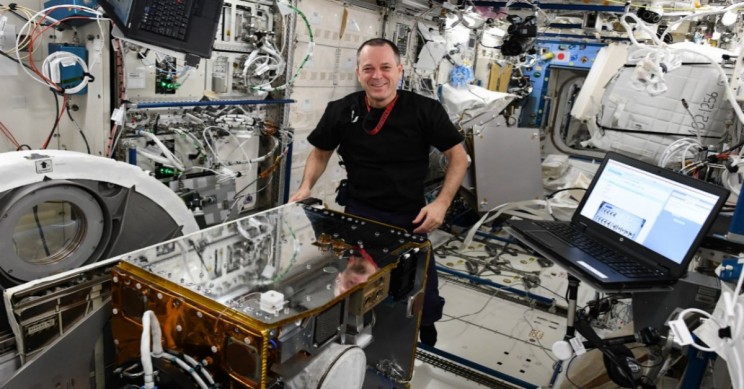 The RemoveDebris satellite is the result of international efforts to clean up the nearly 7,600 tonnes of debris polluting outer space.

Space junk and debris might soon be sucked up by other satellites, thanks to a new experimental cleanup device. The satellite RemoveDebris has successfully cast a net and snagged a practice satellite. RemoveDebris’s success could be representative of how it can be used to clean up a growing problem in outer space: cleaning up decades of space junk.

The test was carried out by the University of Surrey’s Surrey Space Center program earlier this week.

The problem of space junk

In just 50 years of space exploration, space junk has accumulated at a rate concerning to most scientists. Space junk builds up whenever an astronaut accidentally loses a tool during a spacewalk or when a satellite drifts out of range and becomes unusable.

On Earth, these bits of junk would seem relatively harmless. However, in space, they become high-speed projectiles moving around Earth at 17,000 km/hr.

NASA estimates millions of objects of various sizes orbiting Earth in a cloud of junk. Currently, the United States Space Surveillance Network tracks 40,000 objects as potential threats or dangers. The network also estimates there are some 7,600 tonnes of space junk.

The fear of astronomers and engineering officials is that there will be a growing amount of space junk with an increase in space travel — especially commercial.

To combat the issue of space debris, the University of Surrey developed the RemoveDebris unit. Within the satellite is a net meant to capture large pieces of space debris similar to a fishing net.

“We are absolutely delighted with the outcome of the net technology,” said professor Guglielmo Aglietti. Aglietti serves as the director of the Surrey Space Centre. “While it might sound like a simple idea, the complexity of using a net in space to capture a piece of debris took many years of planning, engineering and coordination between the Surrey Space Centre, Airbus and our partners – but there is more work to be done. These are very exciting times for us all.”

RemoveDebris came from nearly a decade of development, both in figuring out how to capture the debris, how to destroy it, and ultimately, how to not become a piece of space debris itself.

According to the Surrey Space team, the RemoveDebris unit will undergo more testing of ADR technology. It will try out a vision-based nav system that uses various cameras and LiDaR to analyze and track pieces of debris. It will also try out a harpoon capture system and a drag sail. That drag sail will lead the RemoveDebris unit into Earth’s atmosphere when it’s finished with its mission, destroying both the satellite and the trash it carries.