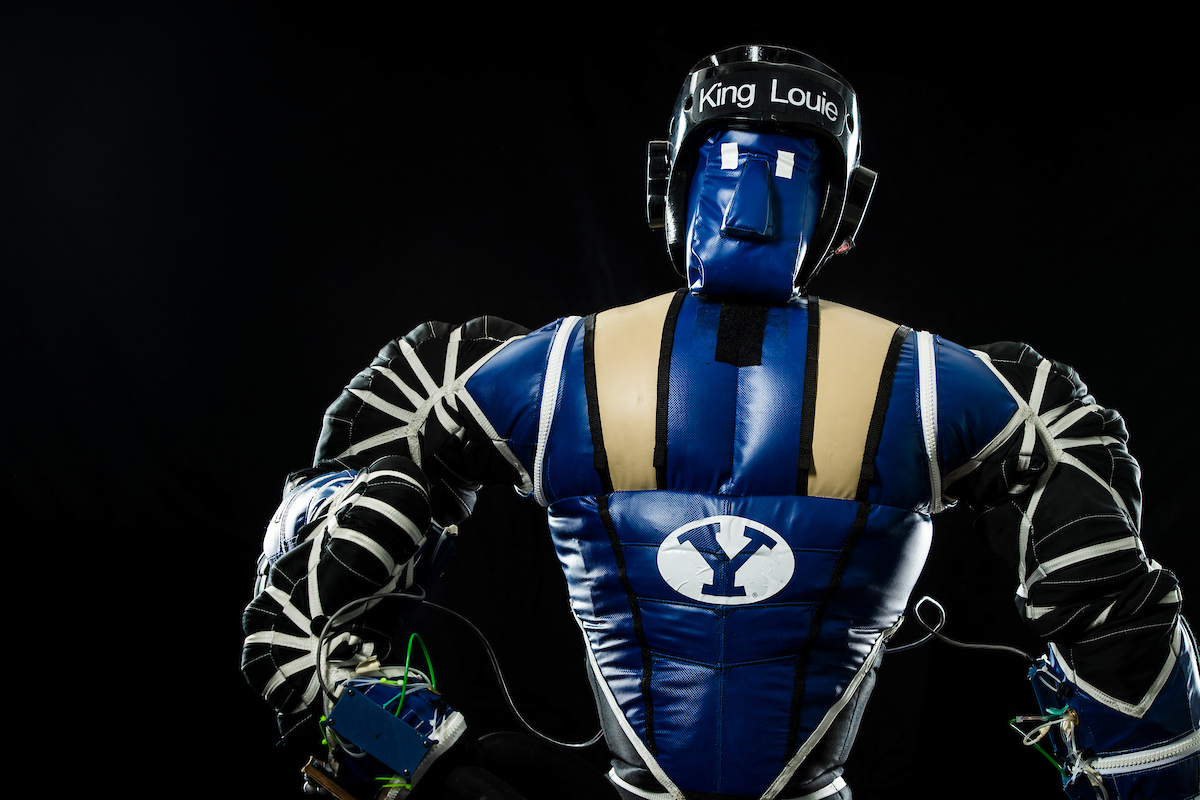 We don’t see a lot of inflatable robots, which is really too bad, because they’re weirdly excellent at being exactly the sort of robot that everybody seems to want: They’re cheap, being made of mostly fabric and rubber, and they’re very easy to fix. Relative to most other robots, they’re extraordinarily lightweight, and they pack down to a small fraction of their size once deflated. Despite their squishiness, they can be strong and unexpectedly fast, since they’re essentially hydraulic in nature. And perhaps most important, in most cases they’re passively safe, since they don’t have much in the way of rigid components or the inertia that comes with them.

The downside of inflatable robots is that in general they’re not very good at precise, repeatable control, precisely because they’re so floppy. It’s hard to keep track of exactly where all your robot’s bits are, and that makes manipulation a challenge. Brigham Young University, in Provo, Utah, has some funding from NASA to work on this, using an inflatable most-of-a-humanoid called King Louie.

This robot is built by Pneubotics, which we first met half a decade ago when it was part of Otherlab. A couple of these things showed up at Google I/O in 2013, where they tried to knock each other’s heads off. The robots are stuffed full of expandable air chambers, which work like muscles (antagonistic with one another), moving the arms around as they expand and contract in response to pressure fed into them from an air compressor. King Louie himself has a pair of 4-DoF arms, while that single beastly arm shown in the video (named Kaa) on the NASA rover is 6 DoF.

The same inherent compliance that makes these robots so much fun to play with is also what makes them hard to control. Robot control depends on having a good sense of exactly what the configuration of the limbs and joints of the robot are at any given time, and inflatable robots can’t use the same kinds of joint encoders that rigid robots can. The BYU researchers instead equipped King Louie’s arms with markers from a commercial HTC Vive motion tracking system, and used it to estimate the joint angles of the robot’s arm. Even with this external (albeit portable) tracking system, the nature of pneumatic robots still makes things difficult: Parts of the robot twist and buckle in ways that are hard to model, and every time the robot is deflated and re-inflated again, its internal structure (and consequently how its joints behave) is slightly different.

To help compensate for this, the researchers used a technique called visual servoing, which sounds much fancier than it is. Mostly, it’s just watching as (say) your robot’s arm moves toward the position that you want it to reach, while giving continuous feedback: “a little to the left, higher, higher, too much, perfect!” It’s a little more methodical to do it this way, but it’s very robust, and will work even if the characteristics of your robot have changed significantly, which can happen if (for example) your pneumatic robot just picked up a big rock and now doesn’t move anything like you thought it would.

NASA is funding this research because inflatable robots are ideal for space exploration, being low size, low mass, durable, and safe. It’s going to take some work to get them to the point at which we understand their dynamics well enough for them to be consistently useful, especially if we want them to be autonomous, but in the meantime, they could provide assistance to astronauts who’d be there to help guide them. And that suggests one more way in which inflatable robots are a great idea for space: If all else fails, you can breathe them.