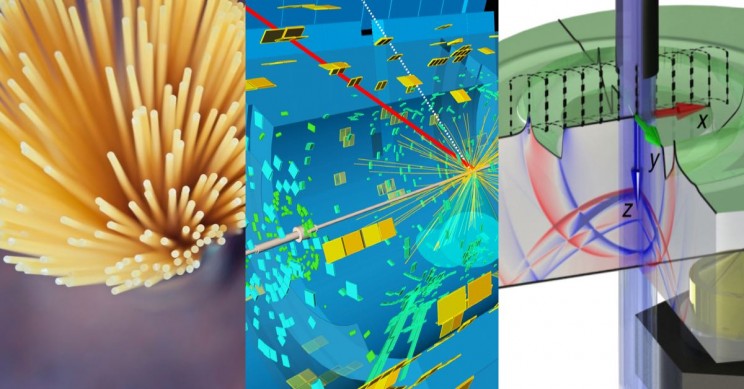 As science enthusiasts when we look back in time, the past seems to be full of exciting discoveries and revolutionary experiments. From the times of Galileo to Albert Einstein and Feynman, science seems to be moving with rocket-speed.

So, why are we not seeing the same pace of advancement in these times?

The solution to this enigma is two-fold. You can pick up the records and verify for yourself that research expenditure in science has just gone up & up with time. In the modern era, most of the countries are spending as much as 2% of their GDP on science.

But contrary to the most popular discoveries of the past, modern discoveries are not built upon the ruins of their predecessors and hence look less exciting. Remember the medieval notions of humor, geocentrism, creation myth, indivisible atom and so on.

The scientific breakthroughs of the 19th and 20th century look revolutionary when compared with such ideas. The recent findings, however, are evolutionary.

The other aspect of the solution draws upon the fact that we are not far-sighted enough to realize the importance of the most of the discoveries and results. We are well aware of many crucial findings which were initially ridiculed or trivialized and later gained paramountcy.

Here, we present seven decisive experiments and studies which helped classical science move beyond the horizon.

1. Gravity and a leap ahead

One of the fundamental forces of the universe, gravity, was first mathematically verified by Newton and further Einstein’s theory of relativity also added solidity and explored a new frontier of it. Researchers and astronomers are working together to verify the mathematical models suggested a century ago.

One of the main focuses of the research is the Einstein’s theory of weak and strong gravitational objects that fall at a universally constant rate if they encounter a gravitational field. The feather and hammer accelerating with the same velocity on the surface of the moon is a prime experiment to prove it.

But scientists faced new unknown objects which supposedly seem to defy the laws laid out. For better or for worse a group of astronomers identified a system of three-star called PSR J0337+1715. Identified in 2012, this system is 4200 light years away from the earth.

The triple system had a neutron star a white dwarf and this pair orbited another white dwarf just like the earth. With this observation, researchers peeked at a brand new theory which is to be ruled out and studied.

2. Spaghetti for a twist

The simple experiment to break single spaghetti stick into two while bending it, in the end, sparked Feynman’s kitchen experiments which were a series of mathematical mysteries which are still being solved. The spaghetti experiment has been the root cause of discovering new phenomenon in nonlinear dynamics continuum systems.

The spaghetti mystery was unsolved until 2005 when French physicists conducted this experiment and the results were consistent. This led them to hypothesize the snap-back effect which led them to win an Ig Nobel prize in 2006.

But a team at MIT didn’t stop there. They wanted to break the spaghetti into two and two pieces only. So they began their twisted research.

Their whole research involved around twisting spaghetti so that they break into two. This research led to the advancements in the nonlinear dynamic systems that involve cylindrical rods which explain their capabilities and limitations.

“Taken together, our experiments and theoretical results advance the general understanding of how twist affects fracture cascades,” said co-author of the study Jörn Dunkel.

3. This is not light

Physicists at the London’s Imperial College have been working on a 84-year-old theory which was once said to be impossible – turning light into the matter. Known as Breit-wheeler process, it involves smashing photons (light particles) with each other to create a matter, more specifically an electron and a positron.

Due to the technological limitations present during the inception of the Breit-wheeler process, it was considered to be impossible. But Prof. Steven Rose of Imperial College, London led a team of researchers to test the theory without any additionals.

Rose said that this would be a pure demonstration of Einstein’s famous equation that relates energy and mass: E=mc2. The equation provides the amount of energy produced when matter is turned into energy and going backward using the same equation (m=E/c2) can turn photon energy into mass.

The team is looking for positrons that will come off due to the collision to confirm the success of the process.

If the experiment demonstrates viable results, this can help us to say something about the first few seconds after the big bang.

4. Move with the sun

Light has momentum is not a concept which is exactly new, but researchers haven’t been able to record it experimentally.

Kepler’s suggestion that light has momentum and it could be responsible for comet tails directed against the sun, has puzzled researchers since then about how to measure it.

But recently, Professor Kenneth Chau of the University of British Columbia suggested that the momentum in individual photons is so minuscule that our equipment was not sensitive enough to detect the momentum. Chau said that the momentum of a photon cant is measured or observed directly with any sort of instruments designed for measuring normal objects.

With a team of international researchers, Chau constructed a special mirror to measure these extremely weak interactions between light photons. The mirror fitted with acoustic sensors and heat shielding allowed the team to measure the photon’s momentum by listening to the waves created by photons when they shot laser pulses at the mirror.

This has led to a pathway to define and model the momentum of light exerted. Chau believes that this approach can be applied for future space travel as we might see large space sail ships to travel to distant parts of the cosmos.

5. The light illuminated us or not

Quantum Physics has always been out of most people’s understanding and even decorated physicists. Majority of the research in this field is about developing methods that clearly define the properties of particles.

Now scientists at the University of Queensland Australia have completed an experiment with absurd results at the end of it.

They found out that photons traveled in two transverse paths when it was forced. This result made it impossible to say what was the order of traveling along these paths and how did it complete its operation in the experiment.

To demonstrate this phenomenon, they created a sort of a quantum switch where infinite possibilities of operations can be taking place when the particle is in superposition.

To keep this ideology simple, they developed a pathway that split into two and then merged into one in an interferometer, which interrupts the possibility of an indefinite causal order of the particles. The analysis of this interference pattern of the particles helped scientists to understand the mess of possible sequences.

Einstein has been proved right once again! After decades of experiments, the Laser Interferometer Gravitational-wave Observatory or LIGO has confirmed the existence of gravitational waves.

Einstein’s theory of gravitational waves describes gravity as a ripple in the tender space-time fabric, caused by disturbance created by massive objects such as colliding black holes, spinning neutron star pairs or supernova. The disturbance causes the fabric of space-time to expand and contract similar to a stone hitting the surface of the pond.

With this experiment, Einstein’s general relativity’s another side has been confirmed. This also opens the gate to new unknown fields of research, and who knows how it will affect the future of humanity.

We might even be a galactic race which uses space-time to deform and reform for easier travel or something even unimaginable.

7. God Particle splits open to us

Large Hadron Collider LHC) at CERN sends another cheering news for physics nerds worldwide. Higgs Boson has been dissected and this time, we get to see its largest constituents-bottom quarks-which were unobserved until now.

The story starts in 1964 with the unification of electromagnetic and weak nuclear forces and its unrealistic predictions. The unified force, called electroweak force, put questions on the mass of the subatomic particles.

This led to the proposal of Higgs Boson and Higgs Field. Physicists presented Higgs Boson as the contender for the ‘God of Mass’. But nobody was sure of its existence.

It was all just a neat theory. In 2012, scientists succeeded in discovering the Higgs Boson in LHC at CERN.

Higgs Boson is a very unstable particle with a lifetime of the order 10-22 and hence unobservable. The theoretical composition of the boson predicts bottom quarks (largest constituent), W bosons, Z bosons, photons and other particles.

Earlier, the physicists observed only W & Z bosons and photons and thus claimed the discovery of Higgs Boson. The recent experiment, however, gave us a glimpse of bottom quarks as well.

Moreover, the observed rate of decay matches the predicted rate impressively. This experiment unambiguously declares that we are on the right track in our investigation of the Universe, with the Standard Model and the field of particle physics.