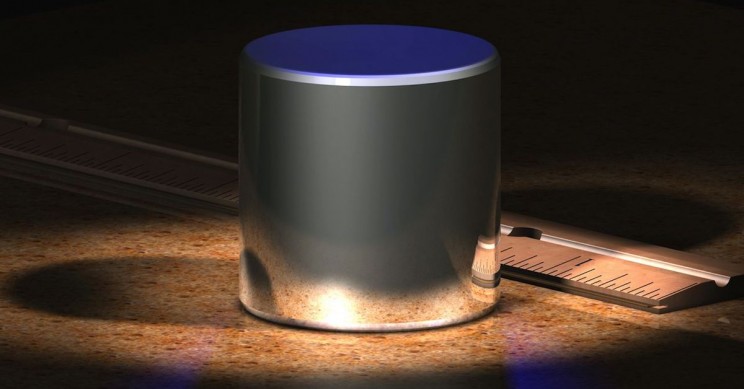 Tomorrow the kilogram won’t mean exactly what it means today. In big news for the science world, the definition of the kilogram will be updated tomorrow – to a measure far more accurate than ever before.

The decision to overhaul the way we understand the kilogram was made at last year’s General Conference on Weights and Measures in Versailles. The decisions there are now about to be put into practice.

Metrology – the science of measurement – is critical to all other branches of science. It dictates how we understand and observe our world and its critical to have a precise and constant measurement system so that the scientist across the world can work in synch and share knowledge.

The new changes affect not only the kilogram but the ampere (current), Kelvin (temperature), and mole (amount of substance). Each of these and the kilogram will get a new method of measurement that uses the laws of physics.

Stable and constant is key

By doing so, the metrologists believe that a more constant and stable measurement can be achieved around the globe. Currently, distance used in physics to determine its exact length. An official meter is the distance light travels in a vacuum in 1/299792458 of a second. A second is determined by the time it takes for a caesium atom to oscillate 9,192,631,770 times.

But until now a kilogram was well – a kilogram. Literally, a chunk of material that all other kilograms were determined by. The official kilogram is made from 90 percent platinum and 10 percent iridium and was formed in 1889.

It is housed under super strict conditions in a special vault in the BIPM headquarters. There are copies of the official kilogram in various parts of the world to help scientist locally get an accurate measure. But this pretty archaic system is all about to change tomorrow.

The new kilogram will be based on the Planck constant, the ratio of energy to frequency of a photon, measured to its most precise value. So under the new definition, the magnitude of a kilogram would be “set by fixing the numerical value of the Planck constant to be equal to exactly 6.626 069… × 10–34 when it is expressed in the SI unit s–1 m2 kg, which is equal to J s.”

But don’t stress if that all seems a little complicated. The change in kilogram isn’t going to affect your Jenny Craig status. In fact, it won’t affect your daily life at all. But for the future of precise and constant scientific experimentation – this is a very massive day indeed. The change officially comes into force on World Metrology Day which is May 20.