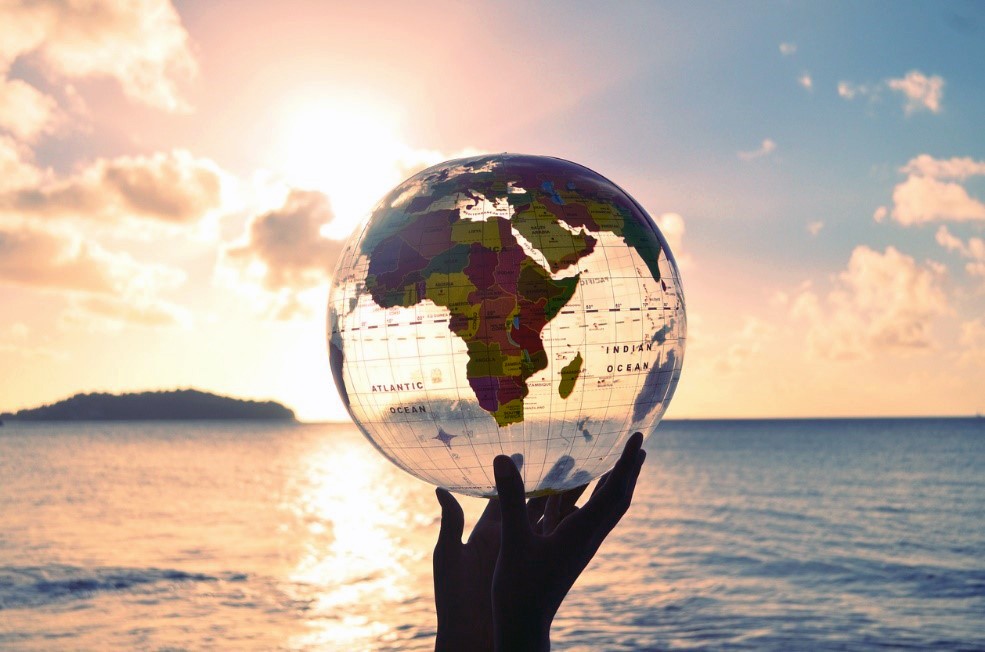 It’s a well known fact that the freshwater shortage is a growing and alarming problem, however,  the development of new technologies may change this scenery in the upcoming decades.

Although water is an abundant resource on the planet, 97% is equivalent to seawater, that way only a small part is suitable for human consumption. Scientists have been researching ways to desalinate water for years, but the process hasn’t developed enough to be implemented on a grand scale.

The two most utilized processes so far were heat treatment and reverse osmosis (you can read more about them in the article: “A Dessalinização da Água”), but there are some limitations in these mechanisms. In addition to the high energy cost, the expense is excessively high, making few entities seek to invest, unless this is the only alternative.

Besides, the waste from this process is harmful to the environment. Take Brine for example, the high-concentrated solution of salt in water, when returned directly to the ocean can affect marine life and the local ecosystem. This happens because it is heavier than seawater and when it lands on the ocean floor, it consumes a large amount of oxygen.

With that in mind, some countries have decided to invest heavily in the development of new technologies, among them are Saudi Arabia, Egypt and Israel.

In a joint effort, the Saudi Arabia government and the UK company Solar Water have been developing a greener and more efficient alternative.

The Solar Dome is an installation that uses the sun heat to solve the problem. It is formed by a big sphere (constituted by an upper half made of glass and a metallic bottow pot) and multiple mirror arrays that concentrate solar radiation into the semi sphere, creating a “cauldron effect” where the water is superheated, like a big magnifying glass being directed into a greenhouse.

When the water pulled from the ocean hits the dome, it vaporizes and the steam is separated from the salt. The gas is then pumped out and condensates into clean water, to be later redirected to reservoirs and irrigation channels.

The developers claim that the operation will reduce the amount of brine produced and that it may only cost $0.34/m3, making it an affordable, carbon neutral and interesting prospect. However, for now all of this is still mere speculation. The rest of the world was not provided with a lot of technical information and the results are yet to be seen. We will be able to have a better understanding of its full potential when the pilot plant reaches its conclusion, which is scheduled for the end of 2022.

This is a strong candidate for the thermal desalination process, but what about the reverse osmosis ?

The answer may be in the use of nanotechnology and micro-porous membranes that separate two solutions in different temperatures. Engineers at the Korean Institute of Civil Engineering and Building Technology (KICT) have developed a new type of membrane that rejects 99,9 percent of salt, and has the efficiency to operate for the duration of one whole month.

As stated before, the use of membranes is not new, but it has some problems. One of which is that when a membrane becomes wet, it cannot reject the salt anymore, needing to be replaced, and it slows down the process and increases the prices.

The researchers overcame this by using coaxial electrospun nanofiber membranes that are fabricated using a nanotechnology called electrospinning. Which sounds like a mouthful, but is not that much complicated.

In this system, two syringes apply fluids into a nozzle that stretches out the droplets into a filament that is later collected into a rotating surface. This is accomplished by creating an electrostatic field in the tip of the nozzle and it results in a nanolayer of material, this is what is used to make the membrane extremely water repellent.

It is important to state that this process has only been tested in laboratories and it has a long way to go, but the scientists involved in the research have an optimistic view for the future.

These innovations are idealized to be implemented in large and industrial scales, however we can also see innovations in portable water treatment. Ranging from marketable products to prototypes using solar energy, we may see a change in the desalination scenery.

Although there is still a lot of research and development needed, the emergence of new technologies brings hope and excitement to the future of water consumption, one of the most important aspects of human life.