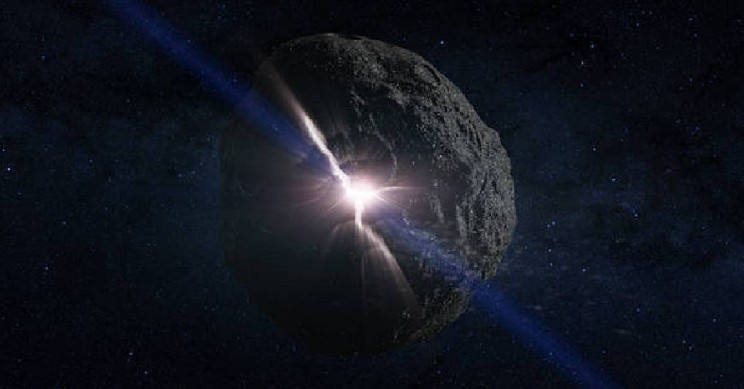 Water-bearing minerals have been discovered on the surface of the asteroid Bennu. The revelation came from an investigation of early spectral data from NASA’s OSIRIS-REx spacecraft orbiting the near-Earth asteroid.

The composition of Bennu

“Scientists are interested in the composition of Bennu because similar objects may have seeded the Earth with water and organic materials,” said SwRI’s Dr. Victoria Hamilton, a mission co-investigator and lead author of a paper.

The Southwest Research Institute-led team identified infrared properties similar to those in a type of meteorite called carbonaceous chondrites. These meteorites and their parent bodies formed close to the beginning of the solar system. As such, they may provide evidence of the distribution of water in the solar disk at these times.

“During planetary formation, scientists believe that water was one of many chemical components that accreted to form Earth; however, most scientists think additional water was delivered in part by comets and pieces of asteroids, including water-bearing carbonaceous meteorites,” Hamilton said.

“Many of these meteorites also contain prebiotic organic chemicals and amino acids, which are precursors to the origin of life. The details of water delivery to Earth as well as the larger issue of the different inventories of water ice in the early solar system affect how we view solar system formation.”

Carbonaceous chondrites may contain up to 10-15 percent of water and even as much as 20 percent in some rare cases. The presence of this water indicates that they have not undergone significant heating.

“Because asteroids with hydrated minerals are found throughout the main asteroid belt, significant ice must have been present in the disk during and shortly after the time of carbonaceous asteroid accretion,” Hamilton said.

OSIRIS-REx is set to touch Bennu’s surface in the summer of 2020 to collect a sample to bring back to researchers. When it returns to Earth in 2023, scientists will be able to confirm if some of their theories regarding the asteroid are correct.